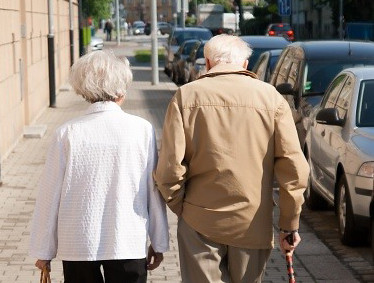 Creating an Age-Friendly Amsterdam, one grandparent at a time.

A city that senior citizens enjoy living in en which encourages healthy and active aging– that is the aim of age-friendly cities. The Age-Friendly City concept was developed by the World Health Organization (WHO). Since 2006, a worldwide network of 278 age-friendly cities and communities has been active, spread over 33 countries. Amsterdam became part of this network in 2015. Researchers at the Amsterdam University of Applied Sciences (AUAS) are involved in the process of making Amsterdam an age-friendly city.

The aim of the project is to create an age-friendly Amsterdam for all groups of older adults, and to involve them throughout the process. Older adults are therefore invite to participate co-researchers, alongside professionals.

The Amsterdam City Council has recently sought information from senior citizens by organising meetings at which the elderly shared their opinions on subjects they believed to be important. Students have also described the level of age-friendliness of the various districts of Amsterdam. They looked at the eight domains that play a key part in any age-friendly city:

All this information has been analysed by students and researchers in order to establish the starting point of the research project.

In May 2016, the project has started in two pilot neighbourhoods in Amsterdam; Buitenveldert and the Indische buurt. Research teams of approximately 2 professionals and 10 older adults are assessing the age-friendliness of their neighbourhood. They specifically focus on including the opinion of the more vulnerable older adults via individual interview. In each neighbourhood, appr. 60 interviews will be held. Interviews will be recorded, transcribed and then analysed by the research team. The end results of these pilots will be a report with recommendations.

This project is not a typical research project, it is co-research. Older people from Amsterdam are involved in the process as co-researchers. Researchers from the AUAS research groups Outreach Work and Innovation, and Occupational Therapy – Participation and Environment will work together with the older co-researchers. Furthermore, an Age-Friendly City consortium is formed with Amsterdam City Council, the Public Health Service of Amsterdam, the Zuid and Oost city districts, the Ben Sajet Centrum, and VU University Medical Center. The co-research is part of the AUAS Urban Vitality and Urban Management research programmes.

In a subsequent phase of the research project, a process of co-creation will be started in the pilot neighbourhoods. As well, we hope to receive funding to expand the project to other neighbourhoods in Amsterdam.

Hi Team,
You might want to look at what we are doing with the city of Amsterdam and the Odensehuis in Amsterdam Zuid.
https://amsterdamsmartcity.com/projects/dementia-friendly-shopping
It's a small project but has generated a lot of interest. A simple solution for complex issue.

Hi Caroline,
Toronto? Great city! I lived in the Beaches for a few years (I don't think they call it the beaches anymore.
My email address is jim@naturalmediaexperts.com
mobile 0611000964

Dear Jim,
I'm so sorry about the delay of this reply. The project you describe seems very interesting. I would like to discuss it further with you and see if I can help. Could you send me an email with your contact information?
Kind regards,
Caroline Rijkers

My business uses natural media techniques to place public awareness and directional messages on the sidewalk using eco-friendly natural materials.
I was recently invited to be a part of a project to help people with dementia get from a house to the Albert heijn store 350 meters away and then back home again.
This is a pilot project and if it work it could be used in other neighbourhoods as well. I am very enthusiastic about this opportunity at it addresses a growing social issue.

However, as an advertising profession by trade, I know very little about dementia and how it affects people. For instance, contrast of message seems to be very important. Given the phase, symbols can work better than words. A looping trail is often used in homes as opposed to a straight path.

In short, to really create an effective way to help people be a bit more independent, to get outside, reduce stress and all the other wonderful benefits of going for a walk, I need help. Can you help me? Can you point in in the right direction? Is this even something that may be helpful to you or that you are interested in?